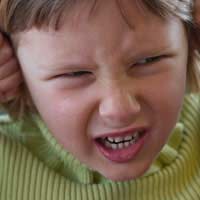 The way a stay-at-home dad reacts to a toddler’s outbursts can reduce the frequency of tantrums and make them less overwhelming. The golden rule is to set a good example, because if a toddler sees his dad flying into a rage at the slightest provocation, it will be much harder for him to learn to control his own strong feelings.

By getting angry and shouting at a tantrum-throwing toddler, a dad is only reinforcing the very kind of behaviour he is trying to stop. This kind of reaction is likely to wind up the child even more. Of course, it can be extremely difficult to keep calm in the face of provocation, but those who can will see it pay dividends.

An alert househusband should be on the lookout for signs that their toddler is getting cross. Perhaps the child throws tantrums at the same time of day, or in the same kind of situation. Most children give plenty of warning when a tantrum is imminent and a dad should find ways to head off the tantrum before it occurs.

One good tactic is to divert the toddler’s attention at the crucial time. Find a game, toy or activity that will capture the toddler’s attention until his frustration has passed. A change of scene can work too, so go into a different room or outside until the child’s anger has subsided. Finding ways to keep the toddler busy will give him less time to plan and execute his tantrum.

A toddler can become irritated if he feels powerless to make his own choices. By giving a toddler options and a degree of responsibility, a stay-at-home dad can ease his child’s angst. For instance, if a toddler tends to get upset at meal times, try to offer the child a choice of things to eat instead of making the decision for him. Don’t offer up the entire contents of the refrigerator, but limit the choice to two or three healthy options.

Although it is rare for a toddler to have a temper tantrum because he is tired or hungry, these can be contributory factors. Have a supply of healthy snacks on hand to keep the toddler going throughout the day. Also, when planning trips to the shops, try to avoid times when the toddler will be tired and easily annoyed. Instead, try to go first thing in the morning or after a nap when the child will have plenty of energy and will be interested in what is going on.

If, despite every effort to prevent it, a toddler goes ahead and has a temper tantrum anyway, it is important for a stay-at-home dad to let it lie once it is over. Don’t remind the toddler of his bad behaviour, as this extra attention can be seen as a reward for his tantrum. Equally, if a dad gets angry with his child during a tantrum, he should not try to compensate with cuddles and extra attention afterwards, as the toddler can view making-up as a reward.

Instead, have a change of scene and go and do something active and fun with the toddler. Be sure to praise any good behaviour, as this will encourage good habits, and remember to put the tantrums in perspective. After all, life with toddlers is full of fun, laughter and love and the good times should always outweigh the bad.