Home > Going Out > Your Child's Immunisations 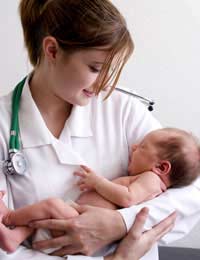 To immunise or not to immunise - that is the question that has tormented parents the length and breadth of the country. The answer should be relatively straightforward, however, as having the vaccine is safer than not having it.

Immunisation is a way of protecting a child against serious disease. Once children have been immunised their bodies can fight those diseases if they come into contact with them. Of course, everything in life has a degree of risk associated with it. With the MMR vaccine, for example, there is a risk of one in 1000 of febrile convulsions (fits). But a child who has not been immunised is at greater risk of catching measles, one of the most infectious diseases there is, and the risk of convulsions is 1 in 200 for people with the disease.

Although the risks are relatively small, the decision to immunise is a difficult one for parents because they have no control over any possible adverse effects. When a child is healthy, the temptation is to avoid the upset that will be caused by an unpleasant injection, especially one to provide protection against a disease that is now rarely seen.

But it is thanks to immunisation that these diseases are less common, and deciding against immunisation puts the child at risk of catching a potentially serious illness. The only time to stop immunising children is when a disease has been eradicated worldwide. Immunisation against smallpox was stopped in 1979 when the disease was eliminated. It is hoped that polio will soon be eradicated and measles may follow.

Timing is important. Newborn babies have some immunity to disease passed on to them from their mothers in the last three months of pregnancy. The protection given by these antibodies varies. For instance, a mother's antibodies to measles usually protect her baby for six to 12 months, but those against whooping cough and Hib last only a few weeks.

If a vaccine is given when a baby still has antibodies to the disease, the antibodies can stop the vaccine working. This is why routine childhood immunisations do not start until a baby is two months old, when the antibodies a baby gets from its mother have stopped working.

If a househusband's partner has sufficient maternity leave, she may take the child for its early immunisation injections, but the unpleasant role will eventually fall to the stay-at-home dad.

Each vaccination is given as a single injection into the muscle of the thigh or upper arm. There are two vaccinations at two months old, one for diphtheria, tetanus, pertussis (whooping cough), polio and Haemophilus influenzae type b (Hib), and one for pneumococcal infection. At three months there are another two injections - one for diphtheria, tetanus, pertussis, polio and Hib, and one for meningitis C.

Shopping Trips with Children and How to Cope