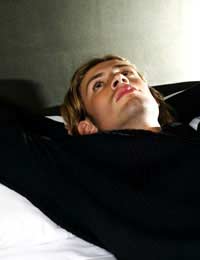 New parents will be shattered by the responsibility and workload of the role and will need plenty of sleep. It is rather unfortunate, then, that being new parents means there is no chance of a decent night’s slumber. At first, it may be possible to have a giggle at the irony, but fairly soon the laughs will turn to tears as the sleep depravation kicks in.

The phrase sleeps like a baby must be one of the most misleading in the English language. In the first four months of a baby’s life, the parent on night duty will average less than five hours of broken sleep per night – and that is simply not enough. It helps if parents can take turns, but if a stay-at-home dad is on constant night duty in order to allow his partner to return to work, it can be tough.

The physical, mental and emotional effects of sheer exhaustion can amplify the already considerable challenge of coping with a newborn baby. As the baby wakes up every two to four hours, so do the parents. A brain deprived of sleep works less efficiently, and this can lead to difficulty moderating emotions and handling stress. Decreased hand-eye coordination can make parents clumsy and accident-prone, and other side effects include irritability, poor reaction times, weight gain through changes to appetite and metabolism, and the feeling of operating through a dense fog.

Why Sleep is Important

In time, the body can become more prone to illness as the immune system becomes less efficient. The cumulative effect can strain relationships and the only cure for sleep deprivation is sleep, so parents can be trapped in a Catch-22.

It is not a problem unique to newborn babies either. At six months, a baby can develop new sleep problems and half of all children who had previously slept through start to wake up during the night. Research shows that 22 per cent of nine-month-olds have difficulty getting to sleep and 42 per cent wake frequently in the night.

It is wise to pick a bedtime routine - such as bath, feed and then bed – and stick to it. Give the baby time to settle and do not answer cries straight away, but never leave a baby crying for more than a few minutes.

Wind down as bedtime approaches, so the baby is not expected to switch suddenly from lively play to sleep, and keep the home quieter at night. If a family is going through a difficult time, a baby can sense any stresses or concerns and may struggle to settle as a result.

If a baby tends to wake up a bit too early, which is a more common problem when the mornings are very light in the summer, try to darken the nursery with thick curtains or blinds. If that does not work, make the baby’s bedtime a little later, as early to bed will almost inevitably mean early to rise. When there is more than one child in a home, the children can be encouraged to play and amuse one another in the morning, allowing the parents some precious extra sleep.